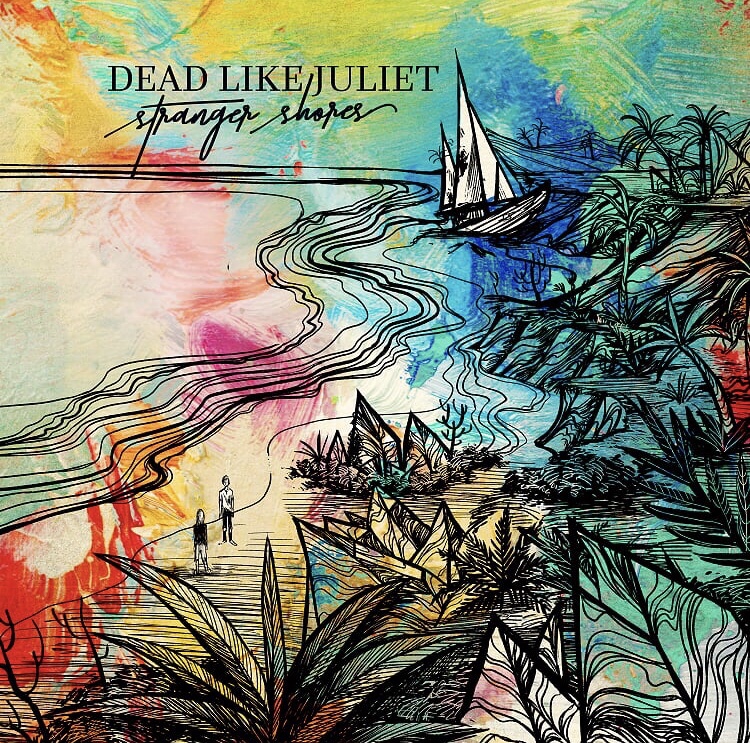 It’s rarer to hear about metal bands coming in from Italy, but Dead Like Juliet are one of the bands about to make themselves known much more internationally. With just two EP’s out already, the 6-piece metal band are now debuting their first album ‘Stranger Shores’ on April 7th.

Everything about ‘Stranger Shores’ is conducted in a very intriguing, high quality style. Individually, each track has something different to bring (as it should), even if it is a subtler difference. Undoubtedly, the singles are incredibly strong musically as well as video wise. ‘Those Rivers’ incorporates a recognisable hardcore genre base, while weaving razor sharp vocals, cutting riffs and a strong beat that never falls flat in any noticeable way. Even ‘Unwanted’, while having perhaps a less crisp audio acoustic style opening, produces an incredibly strong impacting, memorable chorus that gives a perfect pre-expectation to the album.

Yet, not one single, nor track can give a true overview to this record. With little distinguishable factors in each track, many of the songs have a diversity to make them stand out in their own right. Title track ‘Stranger Shores’ follows through with a fast paced and unconventional pre-chorus. While many pre-chorus structures incorporate a form of quickfire build-up to the chorus, or a very slow segment beforehand, this track creates a subtle contrast, forming a middle ground that amplifies the chorus to a greater extent. On the other hand, ‘Wanderer’ evokes a perfect example of how Dead Like Juliet can also create slower tracks of a similar quality. Including a poetic spoken word opening and a more atmospheric instrumental, despite the words themselves being slightly inaudible, the track explores the softer side of the band that was yet to be found through the album.

However, while the record is very well recorded, written and produced, there are the odd few flaws that do come out at various segments. ‘Built on Crime’ is a track that does fall slightly under the rest of the tracks, still having a good quality but looping into a more repetitive style after a while. Even though the excellent guitar riff of the track builds up the potential, the shorter track does appear to become slightly drawn out through its progression. Even as the first glimpse of Dead Like Juliet’s slower side is revealed, the atmospheric opening becomes lost quickly in the harder verses, as does the more personal lyrical side of it. Nevertheless, even though these tracks do show perhaps slight little missteps, they are still very well created and do not fail to have their own place within the album itself.

Dead Like Juliet have created an excellent debut. From just one EP and a few demos already released, the 6-piece have shown remarkable talent and musicality. Here’s to hoping they can keep this streak up, as if they can, they have whole range of talent to show for it.