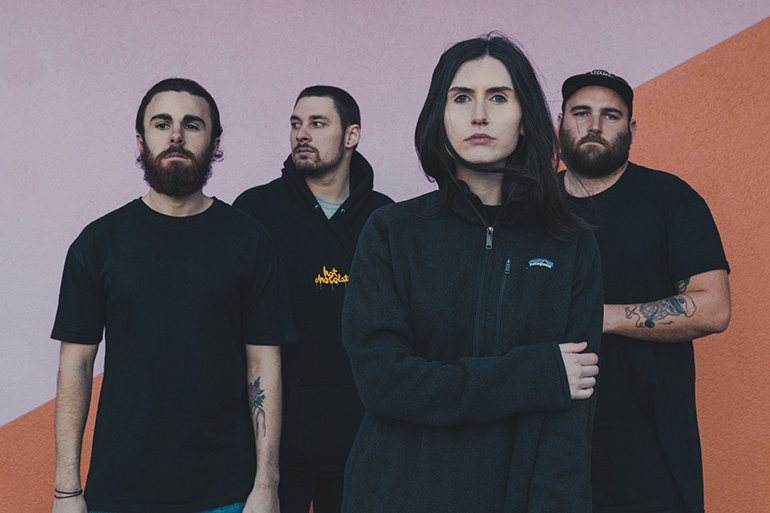 Just About Done are far from finished. With the Aussie pop-punk band recently releasing their second EP ‘I Am Getting By’, the quintet have a new plan to send out their stylistic ideas. Now they are here to give you a deeper insight into the creation of the 3 inter-linked video singles.

So with another release in the world, how can the band ensure it stands out? “We knew that we wanted to do something a bit different for our release and thought that having 3 videos as a continuous narrative would be the way to do that” Yet, with a release not linked in track continuity, pulling out all the stops is a step that had to be taken. “At first, we were trying to figure out a way that we can order the tracks. This was not easy, considering the lyrics weren’t written about one chronological story.  One of our band members expressed how his personal experiences related to the song lyrics, so we made a rough outline of what each video concept would be about. The track listing was chosen based on the story line sequence.”

Directing their videos with Mind Society Studios, its with the help of the creative directors that expanded on the groups ideas and themes. “They were so creative and started drawing up a storyboard straight away, throwing out different ideas and additions to the story. After giving them our main idea, we left it in their hands to fill in the blanks way better than what we were capable of.” Even with help, the band still left their mark on the content filming in both personal locations and places that gave them a whole new definition of experience. With the hospital scenes shot at The Royal Melbourne Hospital in Parkville, the house scenes filmed at Jack (Guitar) and Joe’s (Bass) house and the skate park scenes were at Taylors Hill skate park the settings clearly vary, leaving room for all sorts of story developments and memorable stories. “The hospital was so much fun to shoot at. It is no longer in use, except for filming and ghost tours! There were random files lying around, locked rooms with old furniture and things that had been left behind. A few doorways that we were hesitant to open. There was also a wheelchair floating around which John (the man who played the father figure) taught us how to do mono’s/wheelies, so that was fun. We are so happy with the final outcome. The amount of detail going of the filming, and even how they have managed to get certain moments to happen in time with the music. It’s all very impressive and emotional, to have our name be attached to this is a very proud moment for us, and we hope others can get something out of it too.”