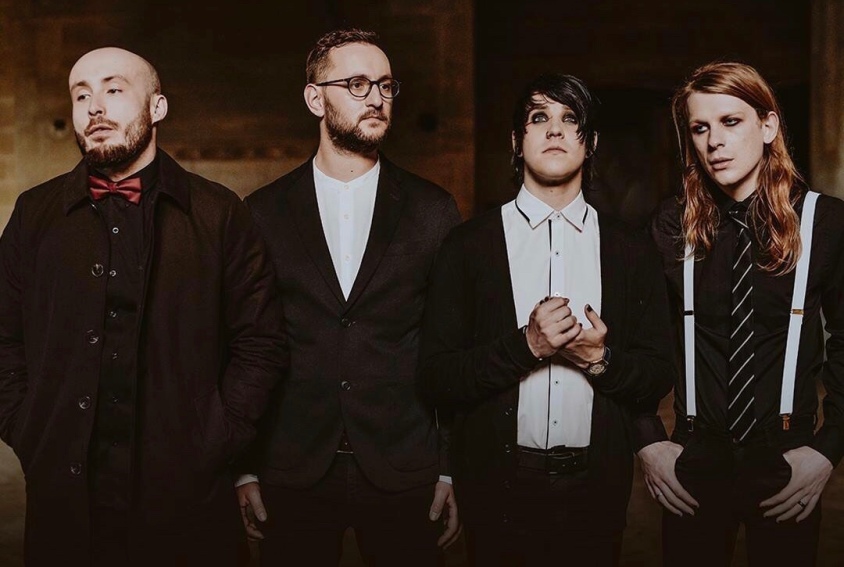 Halloween is upon us and with it comes As It Is’ spectacular horrifying video for ‘The Reaper’ (Featuring Aaron Gillespie).

Directed by Zak Pinchin, the creepy melancholic atmosphere of the story and cinematography not only brings the track to life, but also brings a great twist to Halloween this evening. Speaking of the video, Ben Langford-Biss says, “The Reaper is the moment in the record’s narrative where The Poet becomes so desensitised to the concept of death, that death appears and manifests before him, offering an “escape”- not in a malicious way, but as a means of release from the pain The Poet is feeling. It was one of the most crucial and challenging moments in the narrative, and it was the last one that came together – lyrically and musically.

To confer these themes of turmoil and conflict, the sort of inner claustrophobia The Poet is experiencing, we wanted the video to be gritty and dark. We ended up taking visual influence from some of our favourite horror movies and TV series, and our director Zak Pinchin really clicked with what we were trying to get across.

The video shows each of us waking up trapped in rooms, each room representing one of the four stages of grief that the record is chaptered into; denial, anger, bargaining & acceptance. Each of us faces off with death in some respect, whether that be in a literal or metaphysical sense, and there is an external antagonist controlling the events in the rooms – forcing us to face our fears, our grief, or even ourselves.  We were super excited that Aaron Gillespie was able to be a part of the video, to play the part of this puppeteer / antagonist!

Both the song and the video are so different to anything we’ve done before, and we’re so fortunate that our fans have embraced the darker and heavier side of our band & our constant desire to progress in new directions. And we just cannot wait to finally bring this album to life on stage when we finally start touring The Great Depression era this week: first in Japan, and then in Europe and UK  (which culminates in our biggest headline show to date at the London Forum on December 1), and then we’ll be returning to the US in early 2019 for our first time since Warped Tour! There’s so much more to come from this chapter of our band, we are only just getting started‘

As if the bands US tour announcement wasn’t enough! Check out the new video and tour dates below!