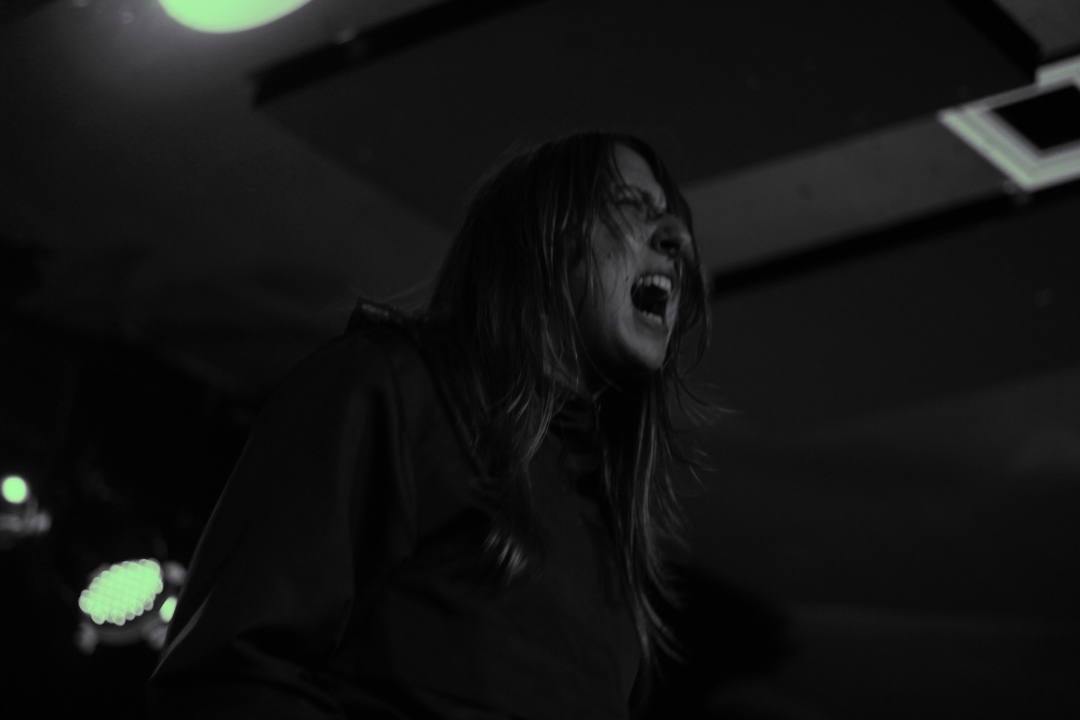 24 degrees and a sweaty metal show may turn some people away, but with a lineup as strong as tonight with Dead Hands, Leeched, Rough Hands and Employed To Serve, this was not one to miss

Being a local support can bring a range of reaction possibilities. If anything, Dead Hands (8/10) actually brought a very good performance and created a great reaction, despite a smaller crowd size. Aside from the slight awkward talks between tracks, the stage presence was very high and technicality in their music was replicated almost perfectly with very little faults. Dead Hands were a very good pick for a support and hopefully gained more supporters through the night.

Leeched (5/10) being the first of the full tour supports would give them some hope to be entertaining, yet there wasn’t much to them. There wasn’t too much of a structure to their tracks, not bringing as much of a reaction. Musically the three-piece were average and didn’t show much versatility or energy on stage. Whether this was a bad night for them or not, they just need to give a bit more energy into their show.

Rough Hands (7/10) put on a pretty good show. For a relatively unheard of band, they gave a pretty good performance as a whole. With impressive vocal talent and on beat backings, they kicked off to a good start. The problem is, without a strong stream of energy throughout, things will start to head downhill and sadly this hit Rough Hands towards the end of their set. No doubt they can put on a show, it was just a little unfortunate that their energy blew out before the end. 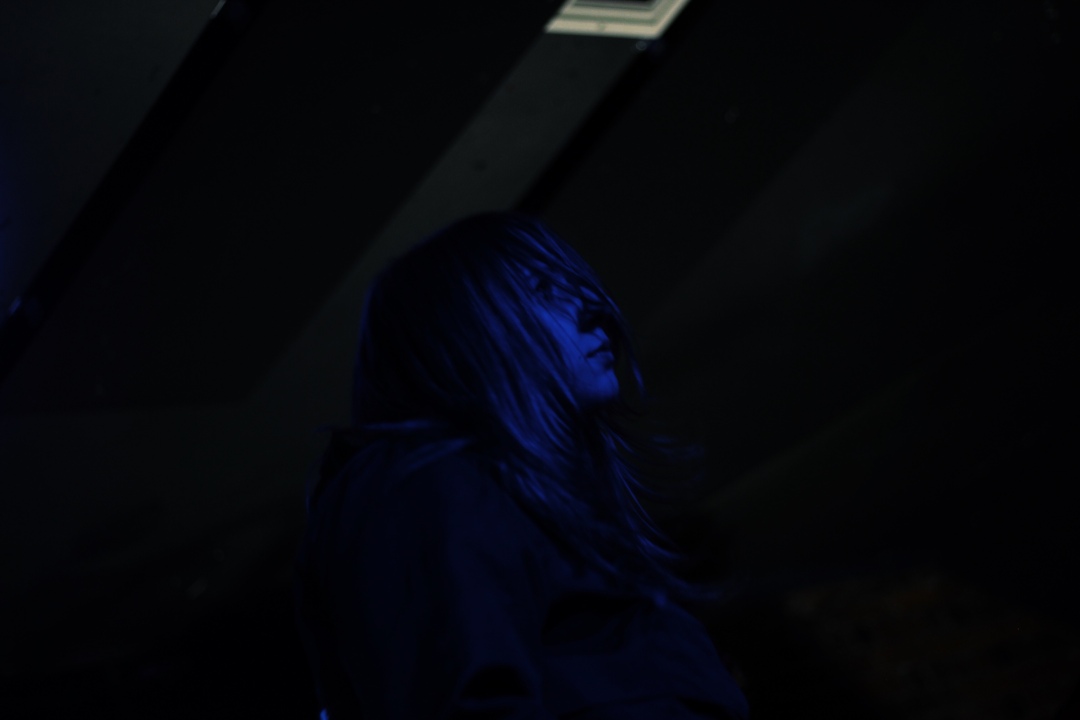 It’s easy to see why Employed To Serve (9/10) are riding as one of the hottest new metal bands of 2018. Not only did they raise the heat of The Slade Rooms but they also completely raised the bar in terms of musical performance and versaitity. Playing their critical success ‘The Warmth Of A Dying Sun’.

Bringing an extremely polished opening with ‘Void Ambition’ the show set off to a great start, evoking incredibly enthusiastic reactions from their audience. While it is expected that their most popular tracks/singles such as ‘I Spend My Days’ and ‘Good For Nothing’, even tracks between such as ‘Never Falls Far’ still brought an extremely polished set. In terms of the show as a whole, a few technical issues were apparent. While these never held up the show too much, there still will be a slightly awkward pause, one that is often unavoidable. While this was unavoidable at points, after the few guitar tech issues, the show picked up again within seconds.

Yet, Frontwoman Justine truly helped lead the show, showing extreme versatility with almost perfect vocal talent and instrumental ability through ‘Apple Tree’. It is clear that Employed To Serve have the potential and talent to put together a strong show, one that not only evokes a good reaction, but sounds polished and clean throughout. For a show themed around WOADS, stage presence and setting was not something left behind. Small stages could have compromised this, yet the matching ETS jackets, amp banners and backline banner made it 100% clear Employed To Serve were here to leave an impression. 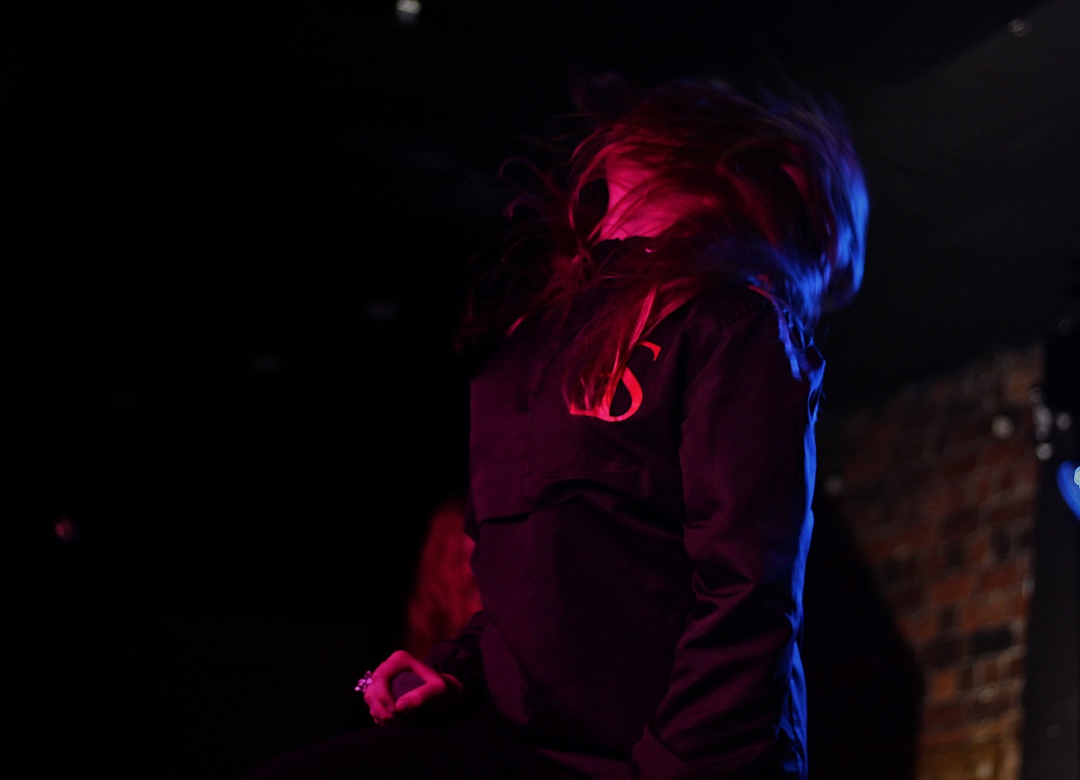 Employed To Serve have an incredible tour ahead of them, ready to prove themselves to the UK scene. With the brilliant chemistry between each of the members and their ability to play to such a high level gives them a step ahead of everyone else. Make sure to catch them while you can.