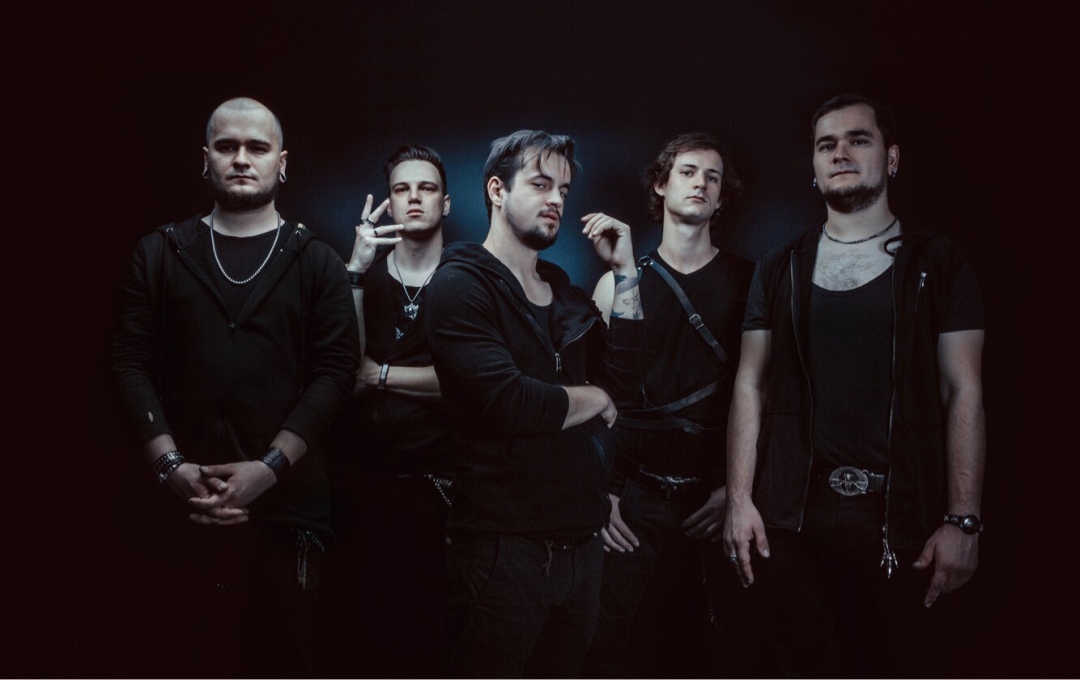 A Song Which Made You Want To Make Music: Metallica – Fuel, Iron Maiden – Fear of the dark

Cover you would really like to do? Cult of luna – A greater call

Deepest Lyrics One Of Your Songs Features: Song from new album, that we have released on 5th april 2018. ‘Red nead glow’ – We believe that in each person there are good and evil. This song is about what happens when we fail to keep the balance. It’s about inspiration, excitement, actions, consequences and guilt. It’s about the demons that live inside of us.

Easiest Song You Wrote: I think we don’t have easy written songs, every song is written with with blood and sweat

Favourite album/single/EP you have released: Definitely it’s new album ‘Black Sails’. Personally i also like ‘Our own gale’ single.

Greatest Show/Festival You Have Played: We all love to play annualy festival in Kherson (Ukraine) called ‘Krock’. For sure – this is one of the greatest festivals we’ve played.

Interesting Fact About One Of Your Members: We decided to create a Bro Button mobile app. When you fuck a girl and need some help from your bandmate – just press it. No long talks – press a button.

Jokes You Have In The Band: Everybody sings to each other a song – Yooou are faaagoooot and all your friends are bums – in russian.

Kicking Off Your Set Is Best With Which Song: We started all of our recent shows with ‘Read Neon Glow’

Movie That Best Represents The Band: Im thinking about superheroic DC Movie. You know – dark one with tough heroes.

Opening For This Band Would Be Ideal: Light the torch – why not =)

Place You’d Most Like To Tour: Germany. Berlin and Hamburg.

Quote That You’d Like To Pass On To Readers: Don’t let the world break you and you will change it some day.

Reason For The Title Of Your Recent/Forthcoming Release:

According to the legend of Theseus – he went along with the doomed young men and girls to the island of Crete to the minotaur in the hope of killing the monster.

And the ship were under black sails, symbolizing grief and mourning. But the return should have been under the white, after the victory. So ‘Black Sails’ embodies all our listeners, like-minded people and all those who stand out, dream, love and believe.

See Us Live At:

The First Song You Ever Played Together As A Band:

I think it was Smells like teen Spirit by Nirvana.

Unusual Merchandise: We have big badges like 10cm in diameter,

and two sizes of fridge magnets.

Variations You’d Like To Do On Any Of Your Songs:

We have acoustic versions for some of ours songs, and even performed it few times.

Here is video for acoustic version of one of ours song:

For the new album we will prepare acoustic version too.

Worst Experience On Tour: When we have great venue, with all the staff and technically brilliant, but no one come to see us, because of some reason. This happens with every single band, and i think – it’s definitely the worst experience.

X–rays Or Any Other Treatments For Band Related Injuries: Once we got in traffic crash on tour, but with no Injuries. Lot of hangovers.

Your Favourite Show You’ve Ever Played: There were huge amount of shows and every show was special, so it’s really hard to answer this one.

Zoo Animal That Best Describes The Band: The Lernaean Hydra