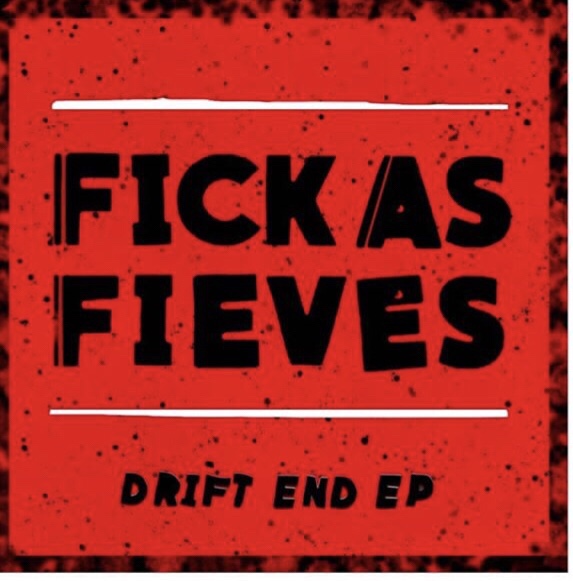 Indie rock is often seen as an underground genre, not quite as poignant in the media as more established rock genres such as metal or alternative rock. Fick As Fieves are the latest band to try and bring this genre up with their new EP, with each track on ‘Drift End’ averaging a 2 minute 30 second burst of indie power rock.

‘Drift End’ begins with a quick and catchy opener ‘COL’, giving a pretty good overview of the powerful indie music the trio have created. While the following track ‘Outstayed’ may not have that same quick paced kick, the slightly slower approach adds a contrast, not just in the song but the EP itself. A clever style Fick As Fieves incorporate to their music, is the contrast between quick rapid drum and guitar patterns, but softer, more mellow vocals to create the contrast that works so well in their music. While the shorter track does include a fun instrumental ending, the track itself, mainly through the centre of the track does become repetitive, keeping the same pattern that doesn’t seem to evolve as it continues.

Yet, what is strange about this, is the fact that the longest track on the EP, ‘Grass Is Greener’ doesn’t fall into a spiralling loop of repetition. Instead, it takes a different approach to their typical genre style portrayed on the EP. Building up with a simplistic, yet poignant guitar riff, the slower, more laid-back track creates a lovely twist to ‘Drift End’, yet doesn’t divert too far from the main quick style the band produces. Even ‘Martha’ has its switch up in styles, with a sudden drop into a drum/bass track with a layer of vocals above it, completely removing guitar but at the same time making an effective, unexpected change. It helps that the catchy groove Fick As Fieves have a talent for also comes through in this track, almost bringing the EP full circle from the opener of ‘COL’ to ‘Martha’.

The tracks within this EP do drift, keeping the same style, but at the same time twisting its approaches to the indie genre they are amplifying. OF course, it’s clear Fick As Fieves are improving with every release they put out. From previous singles to now, there is a definite increase of talent and musicality with ‘Drift End’ exploring just that.