COVE – THROUGH THE LYRICS 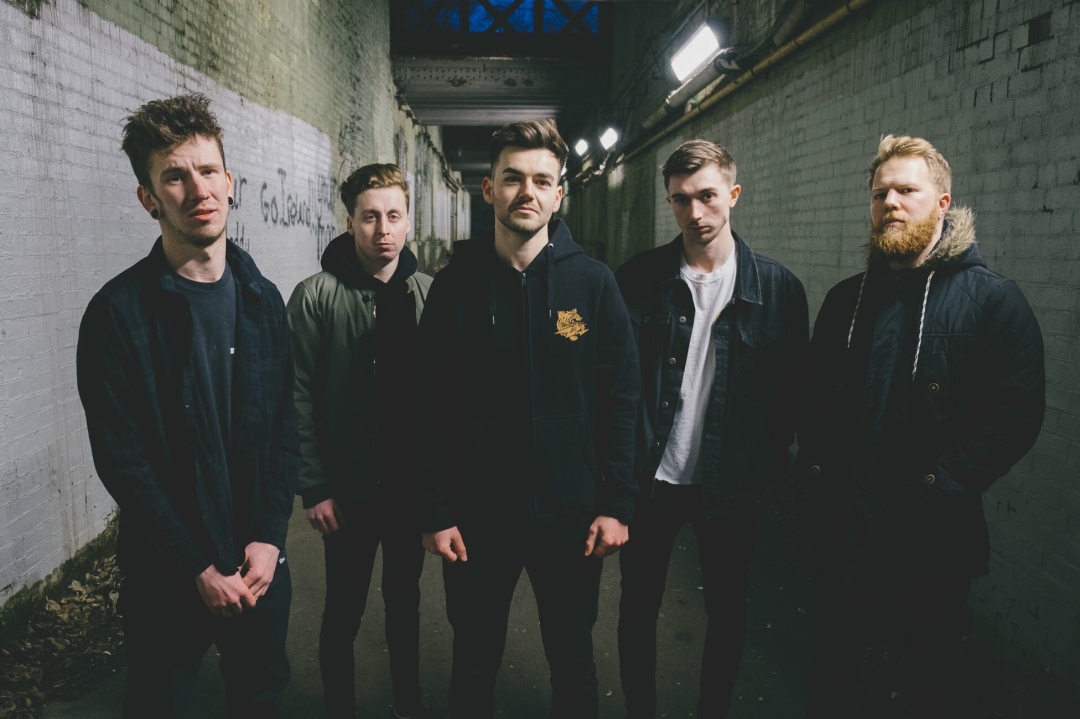 Ever wanted to know the process behind Cove and their lyrics? Check out our new feature below!

How do you write them? What is your process either as a band or individually? Have you ever suffered from writer’s block and if so, how did you overcome it?

Normally a rough demo is sent to me and I’ll listen to it on repeat to get the overall vibe of what the song feels like to me. Eventually I’ll start to write lyrics to the demo. Typically I’ll give the guys a theme that I’m writing towards and they’ll write parts of their own and send ideas back and forth. If there’s any lines that fit then they can make their way into the finished product. This way there’s a piece of all of us in each song and it sounds more dimensional to me. Writers block is terrible! I find it mainly happens when trying to write to many songs at once and you’ve not enough to say. Just having a break and changing up the genre I’m listening to tends to help!

What is the lyric you’re proudest of and why?

To pick one lyric is like picking a favourite child! Each song and lyric has its own meaning and headspace. Sometimes the joy is in getting across bluntly what you want and that has amazing impact with the music. Sometimes it’s being discreet and a metaphor encompasses something so perfectly that you couldn’t possibly just get across by talking to someone.

Personally I find performing and lyric writing is an outlet. A way of coping and carrying on without imploding. Therefore I write mostly about times that have been hard or situations regarding losing people close to me and the impact its had. Along with personal battles and problems, even telling myself off sometimes! It’s a great way to stay level headed!

Has anyone ever misheard, perhaps to comedic effect, or misunderstood the intention of your lyrics?

Not as far as I know! Most people don’t always get what I take from them but that doesn’t bother me to much. I’m a strong believer in people taking their own thing from a song or lyrics. It’s about connecting with someone for me. Not telling someone how they should think or feel.

Which of your own lyrics best sums up your band?

.“We twist coincide and collide into nothing”

If you had to have any lyric tattooed on you, if you don’t already, what would you pick?

“Sleep now under my skin”

What lyric do you wish you’d written and why?

“I am the moon that never shines,

I am the sun that never burns,

I am the blackout of the town,

I am a candle that’s blown out,

Like a light with it’s broken switch, your switch.

I am a falling plane in the sky,

I am a shooting star that dies,

I am train without its tracks,

Or a road without its cars,

Oh electricity, doesn’t flow in me,

And I don’t think that I will wake up.”

(Flood Of Red – Electricity/I Will Not Change) – They just speak to me!

Who are your favourite lyricists or even writers for content such as film, TV or even poetry? What are some of the lines that best connect with you? Do you take influence from that?

Adam Lazzara, Matt Corby, Chris Martin, Flood Of Red, Snow patrol, Norma Jean to name a really select few! I have a diverse taste in music as well as life! What I’m into can literally be dictated by mood. I don’t stick to one genre or artist as I feel the world has so much more to offer.

What are the worst lyrics you’ve ever heard?

Finally, please sign of with some lyrical words of wisdom…

Never be embarrassed of writing something rubbish. Only you sees the first draft. Just get something down and if it’s terrible it’s not the end of the world. Keep going till your happy. No one will judge you because no one will know!