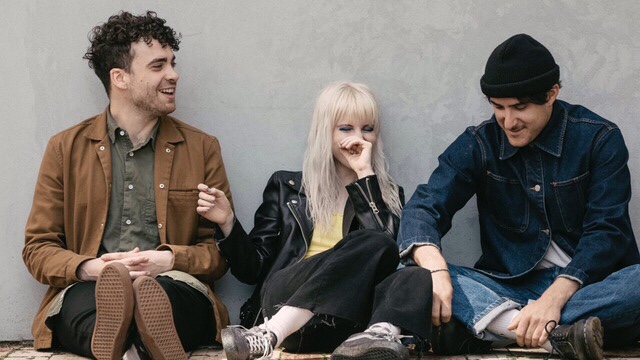 Paramore have shown a reinvention of themselves over the last year with the release of their 5th studio album ‘After Laughter’. Coming back to the UK on Tour Three, we went to check out how Paramore are living up to their new style.

For the supports, Mewithoutyou, the lasting impression they should have left sadly lacked. It appeared that for most of the set the drummer had more stage presence than the rest of the band themselves. While lead vocalist Aaron Weiss had some energy during some aspects of their set, the overall lack of energy and stage presence from the majority of the band sadly did bring their set down. 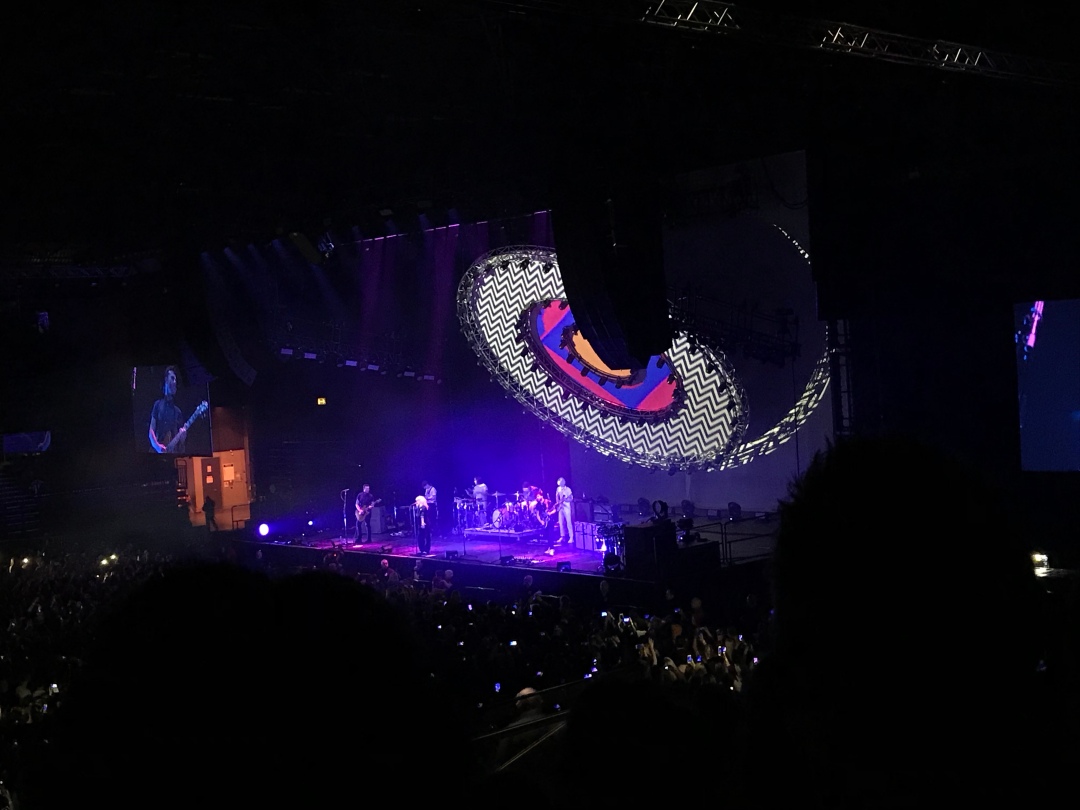 As expected, Paramore shot the start of their show through the roof with their hit single ‘Hard Times’, interestingly creating a crossover of Blondie’s ‘Heart Of Glass’ at the same time showing their impeccable ability to bring something new to their songs at any given time. Even pre-After Laughter tracks were given a little revamp with ‘Ignorance’ being sung partially through a black and white striped megaphone which actually made the song sound more authentic than originally.

Of course, one thing is clear through the newly inspired Paramore, they certainly love ‘After Laughter’ and rightly they should. Even mellower tracks such as ‘Forgivness’ and ‘Fake Happy’ were filled with a sense of ecstatic happiness, a sign they truly enjoyed their performance. Little surprises such as the live debut of ‘Pool’, singing older songs to other band members in ‘Hate To See Your Heart Break’ and a very cute dance from Hayley and drummer Zac Farro to Halfnoise’s (Zac Farro) ‘French Class’.

Another impressive factor of the show wasn’t just the groovy style of older hits such as ‘Ain’t It Fun’ and ‘Grow Up’, but also the stylistic approach to the visual aspects of the show. While some may see the band as having a more basic setup, their colourful lighting rig and big side screens helped amplify the resonating colourful vibe the band brought. Interestingly, through the newer tracks such as ‘Caught In The Middle’, the live filmed screens took an 80’s stylistic twist with colourful effects and filters to add a subtle stylistic choice to their show.

Yet not only have the band grown musically, but mentally over the years. While their new album ‘After Laughter’ shows a musical transformation, before the bands most popular track ‘Misery Business’, front woman Hayley Williams gave an apologetic notion, explaining that they aren’t the same band they were in 2007. Despite their less positive attitude to the track, the band took full advantage of its popularity, picking two fans to join them onstage to help finish the angst filled belter.

Even so, it seems that there are things in Paramore shows that do go unplanned. Be it Mewithoutyou’s vocalist Aaron giving a rather random massage to Taylor York in No Friend to Hayley Falling over Taylor during ‘Misery Business’, leading Taylor to go on an energetic fuelled frenzy around the stage after losing his place in the track.

Paramore may have grown up over the years, but the same energetic stance in their music still shines through, if not even further at this point.