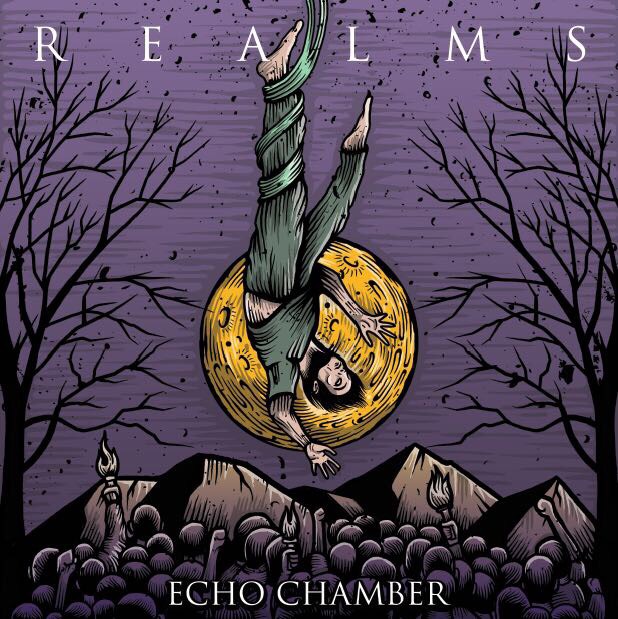 Realms, the 5-piece post-hardcore band hailing from Yorkshire, are on the verge of releasing their debut EP ‘Echo Chamber’ on Saturday 9th December 2017! In the run-up to their new EP, we had the chance to take to Realms about each of the tracks from ‘Echo Camber’ and the true meanings behind each of the four tracks!

This song underpins the battle between two rather distinct traits I have within me. These are the negative and positive aspects of my personality. The negative aspects focus on loneliness, alienation, depression and a sense of giving up essentially. I hit a low point and thought that I couldn’t continue down this road anymore, however I have a strong will and stubborn part of me that is optimistic and won’t give. That has to see the way out of the darkness. This song is kinda that journey and is an ode to this idea that no matter how hard shit gets, there is a way out. We all have problems, you’d be ignorant to say otherwise and this is me saying don’t give up, you can do this.

You’ll notice a theme through most of these and this concentrates on this idea that people in our society wear masks. We all do it whether we realise it or not. I try not to but it’s hard sometimes. Especially when you have jobs and are faced with certain social situations, but basically this is all about feeling like you cannot be yourself or that people don’t often see the real you. When you’re with your friends you could put on this sort of bravado, you’re a lot more intimate with your partner etc. So people make judgement calls on a snapshot of a personality you essentially don’t have. We see it all the time and especially now we have social media. People are so quick to judge and that’s kinda where I went with this one. I am very introspective though and so most of the songs are spoken in first person because I feel like my writing is a cathartic process and helps me cleanse myself of my bad emotions.

After finding out the actually definition of the word wallflower this song felt like it needed that title. Lyrically this is about my inability or my warrant consciousness of not wanting to be in the limelight. Like I find that shit hard. We hold a lot of the people we respect on pedestals, even people we hold close to us and I think it can make us delusional to the things they do for example and I wouldn’t ever want anyone to place me on a pedestal. This song has a few ideas mixed in but from an introspective point if I were to disappear don’t hold a fancy ceremony and don’t mourn me. Celebrate being alive and the memories we had, people you were so close to a year ago can become complete strangers because of a lot of different factors.

Ok this is probably the easiest on the album because it’s very blunt. It’s about religious extremism and the effects it can have on believing in something to much. I don’t want to get caught in a debate about religion or anything. My stand on it is that I think religion can be a good thing but as humans do we’ve taken something that can be used in a positive way and used it to manipulate masses of people. The story behind this is that I found out about a man called Jim Jones who had a cult in the 60s and 70s called the Peoples temple. They ended up committing mass suicide in Jonestown, Guyana. 918 people died that day. To me that is absolutely harrowing but what made it worse were the fact adults were administering the Kool Aid, because that’s how the died, they drank a mixture of Kool Aid and cyanide, to their own fucking children. Hearing this just struck a really bad chord with me and that is the result of this song. It’s for the innocent children that didn’t even get a pass at life.

Realms’ new EP ‘Echo Chamber’ is released 9th December 2017 and will be available on all available platforms! In the mean time, why not listen to their released single ‘Wallflower’ below! 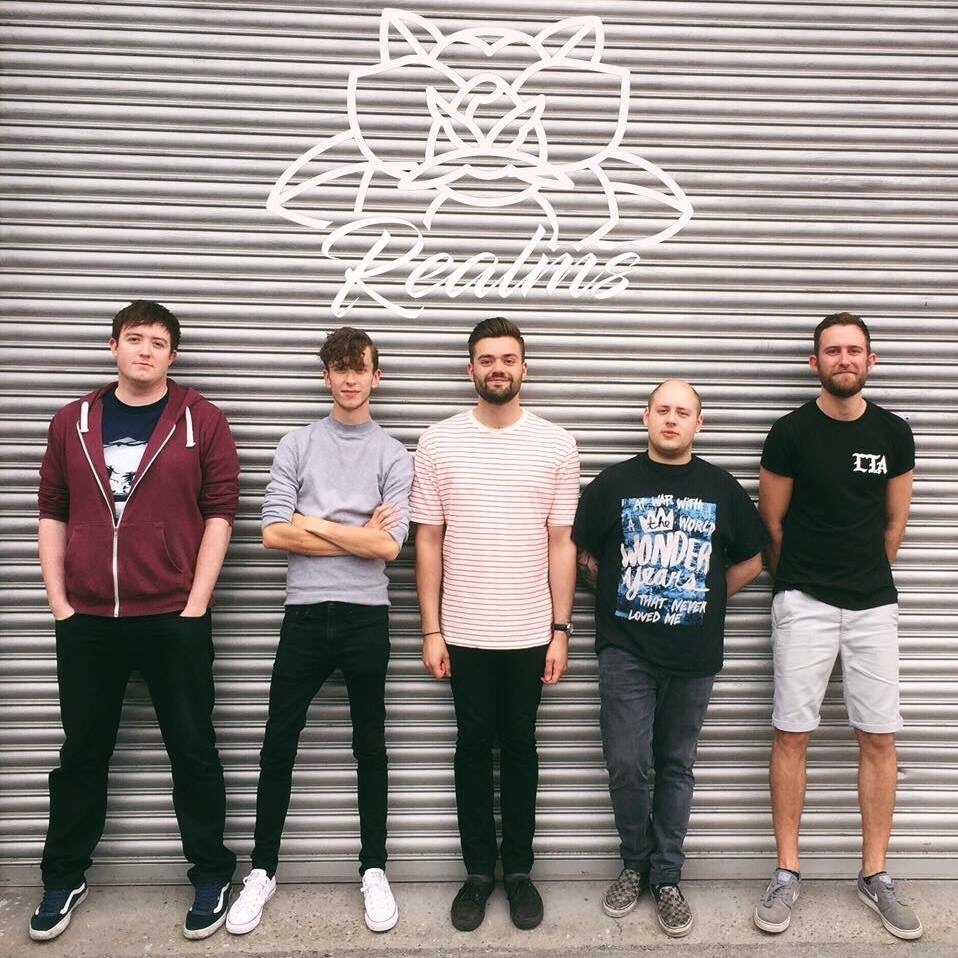