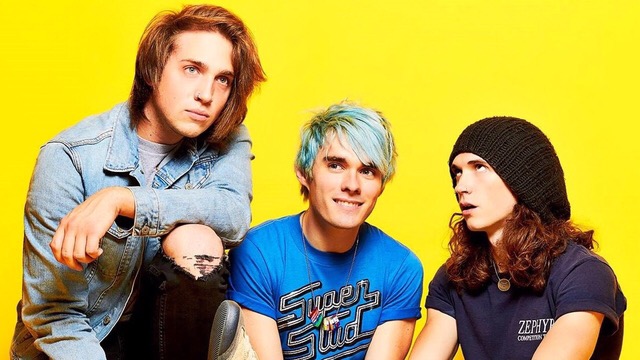 On September 29th, pop-rock band Waterparks are embarking on their eighth sold out date of their first UK headliner. Even for a shorter and smaller show in the O2 Academy 2 in Birmingham, the venue was still packed from front to back with the bands ever increasing fan base.

First on the list of performers were UK based punk-rock band The Bottom Line. Bringing a cheerful start to the set by getting the audience to give the middle finger, the band already captivated the audience and got the majority of the crowd moving from start to finish. While they did hit a few bumps vocally through their cover of Wheatus, they certainly made up for it with their stage presence using not only the stage to perform on, but the audience to crowdsurf along at the same time. 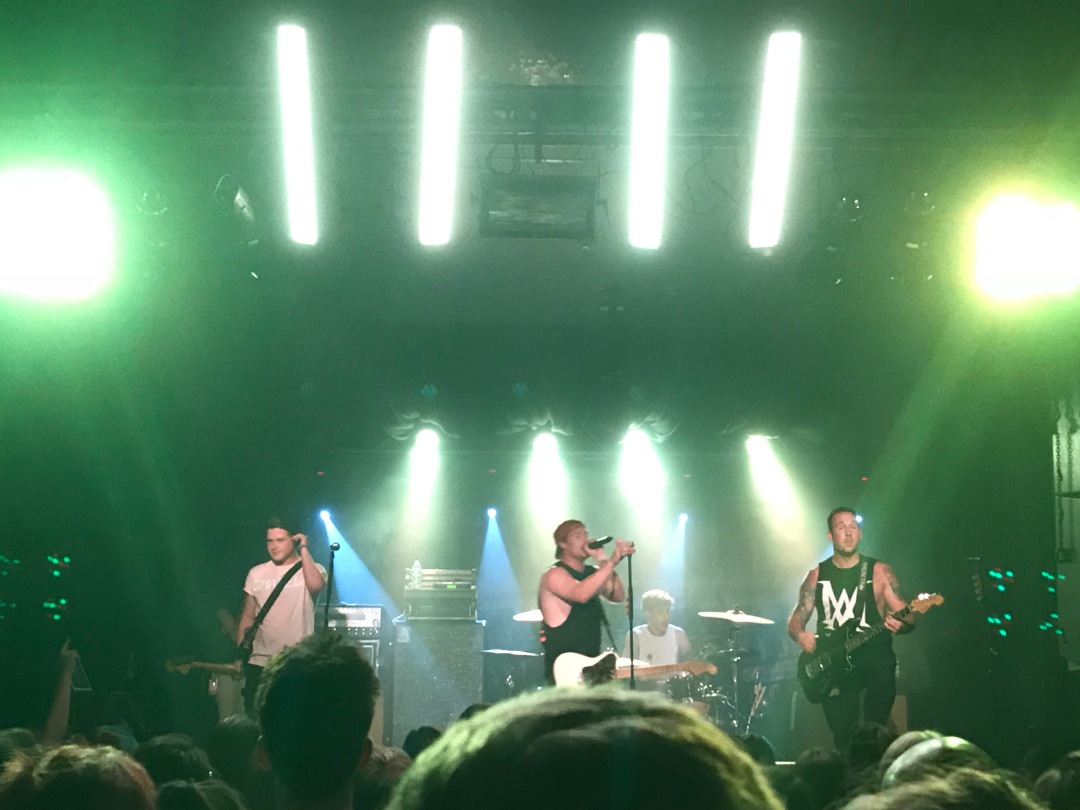 Final supports, American synth-rock two piece Chapel were next up, bringing their soulful energetic music for the venue. Being such a big stage with only two people did make their set feel a little empty, however, the atmospheric music and vivacious spirit they brought to their performance quickly filled up the slightly emptier stage. With all bands, sometimes it takes a few songs to really get into the set which was the case with Chapel, however this didn’t stop them making full use of their time and stage after the first few minutes. 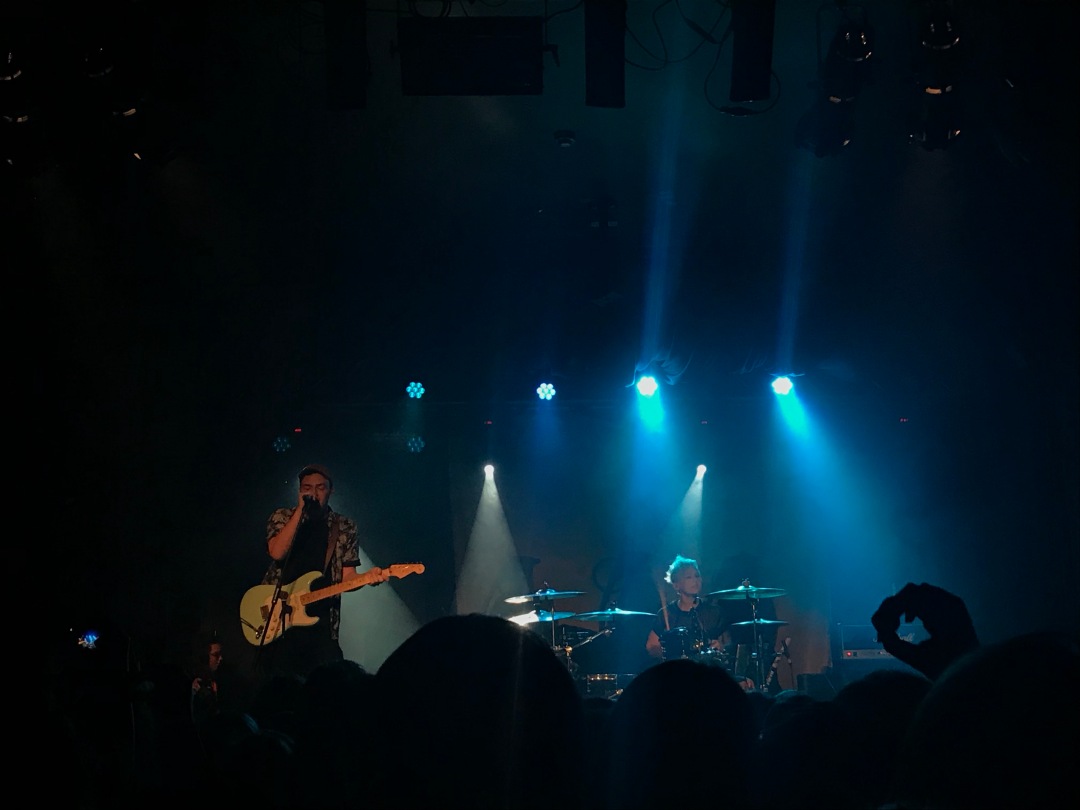 For a headline show, Waterparks set time seemed rather short playing for only around 45 minutes overall. Being the eighth show on their tour, you would expect a band to start to lose their energy, but Waterparks kept up their high vibrancy and still have full energy during both their well known single tracks such as ‘Crave’ and ‘Stupid For You’ as well as their lesser known tracks such as ‘Dizzy’ and ‘Hawaii (Stay Awake). 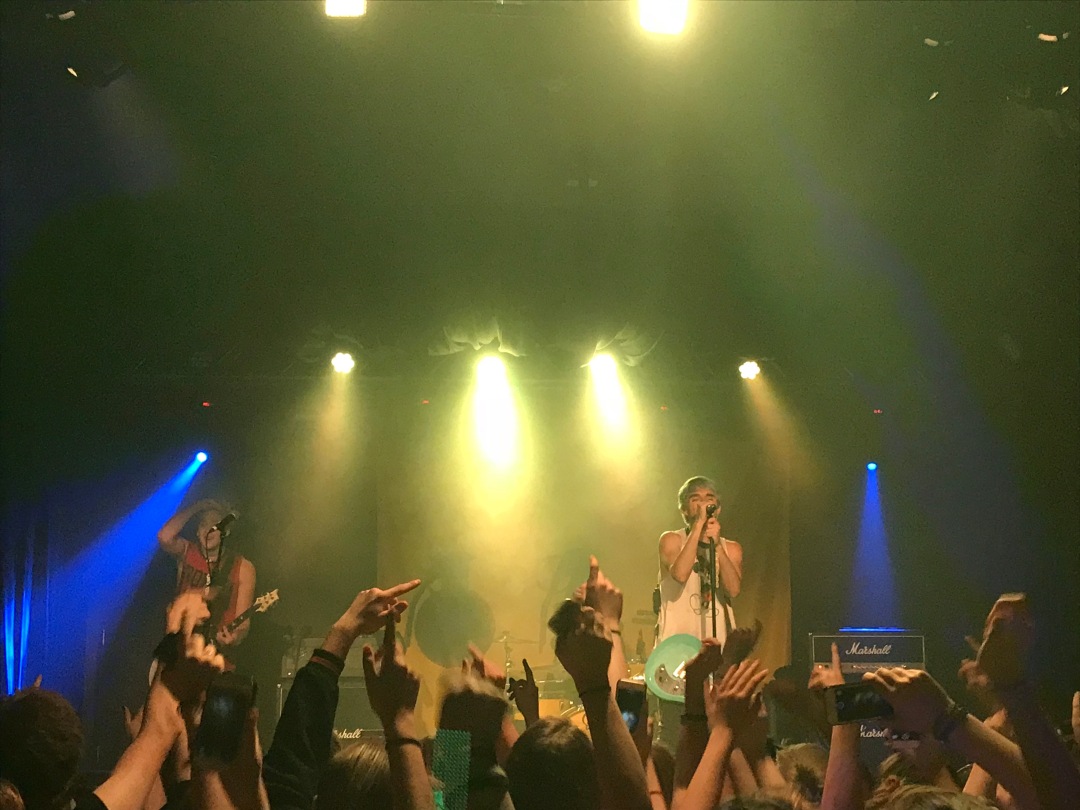 Even between songs, lead vocalist Awsten communicates well to the audience, even encouraging them to throw random items onto the stage at one point, with items such as flags, cards and even tampons with song requests being thrown to the stage. Making sure to communicate with their fans throughout both the songs and in between, the band brought great stage presence and performance to their set.

Even with such high spirit and energy, Waterparks sadly did hit a few issues towards the end. While timing was good for the majority of the show, their first ending track ‘Royal’ seemed to go awry with their performance going slightly out of time with their backing track. While the pop-punk band got a good response from acoustic encore ‘21 Questions’, many fans were left questioning if that was the end as it isn’t one of their most energetic or most well known songs which did leave a few people confused. However, the crowd were still intrigued with the whole venue being lit up by phone cameras and torches during the acoustic ballad. 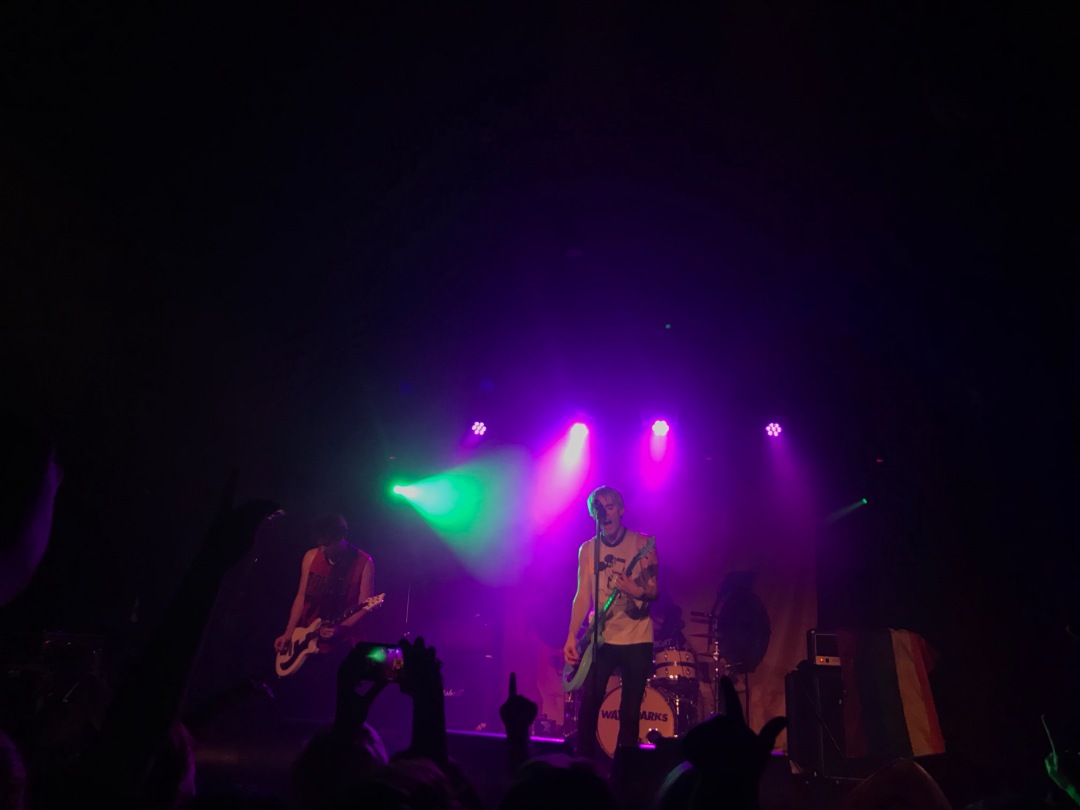 For their first UK headliner, Waterparks gave it their all and kept the energy at a high, but they still have room to improve and build up their performance strength.