The Sky Opened Up are the newest British band to produce an EP into the ever-growing world of ‘metalcore’. The 5-piece rockers just released their debut seven track EP The Blood In My Veins’ which begins to show the bands development into their own style and music.

Opening track ‘It’s Ya Boy’ is a bit of a strange title for any song, however, it becomes apparent that this short track is a build up to second track ‘Selfish’. The opener appears to incorporate elements of both hip hop and metal together to create a pretty interesting opening that carries on through to ‘Selfish’. ‘Selfish’ seems to diminish the more hip-hop beats and traverse more into the generic metal style. The style of the clean vocals in this track almost make it slightly comparable to the heavier side of pop-punk, showing that The Sky Opened Up aren’t afraid to mix different elements of rock sub-genres.

‘Phoenix’ is the shortest track on this EP (excluding ‘It’s Ya Boy’), but has that quick burst of vitality and fire throughout the song. Phoenix, being the first single off the EP, shows power throughout albeit being a little generic at some points. ‘See Through My Eyes’, is a track that has a powerful fiery chorus that is the main remembrance point of the track. While the rest of the track is heard, the chorus has more of a memorable and catchy output  than the rest of the track which is both a positive and a negative. The rest of the track is lost and doesn’t exactly live up to the chorus of the track, but shows that The Sky Opened Up can bring hard-hitting choruses to their songs.

‘By Your Side’ at first appears a little lighter musically, while still keeping the bands main metal screaming style for the verses. For this track, it seems to be the opposite of ‘See Through My Eyes’ as while the chorus is heard, it seems a little lost and quieter in comparison to the rest of the track. Whether this was intentional or not, it does show a slight contrast to the previous track. Second to last track ‘The Spiraling Abyss’ brings the fast paced, heavy style from the start and also emphasises the darker song title. The heavy outset does fade away into a lighter style but does return at the end of the track, bringing ‘The Spiraling Abyss’ in a full cycle of style.

The final title track ‘The Blood In My Veins’ separates itself from the rest of the songs, at least through its slower and quieter beginning. As shown in a lot of the other songs, the fast paced vivacity of the track comes in and helps it fit in with the other tracks quite quickly. Bringing back the softer choruses in the rest of the songs, ‘The Blood In My Veins’ rounds up the EP well and is a good closing track overall.

Mixing styles isn’t easy, but it appears that ‘The Sky Opened Up’ aren’t afraid to play around sometimes and are working on the foundations of their sound. Even though their sound can be a little generic, for a debut this is a good start and the development of their style is starting to show. Certainly have a listen to this EP and watch out for this small band in the future. 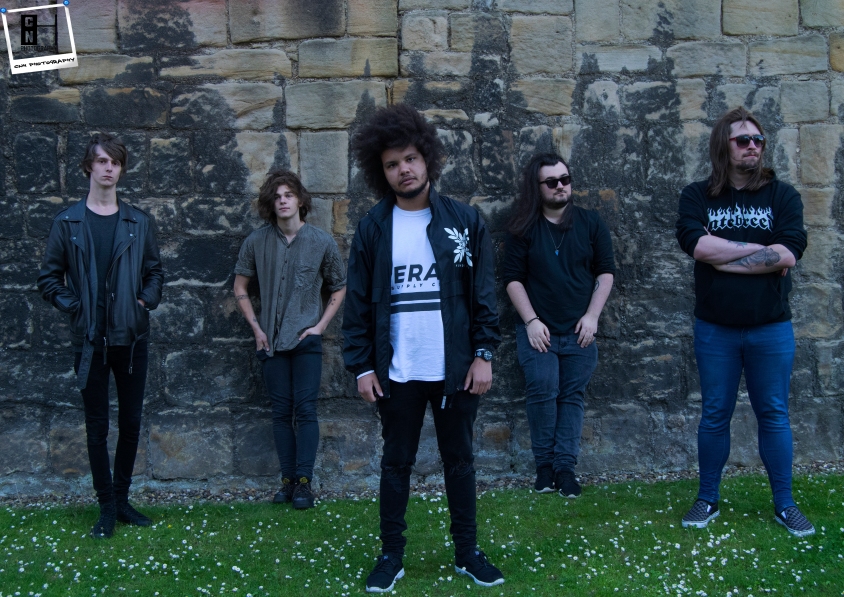