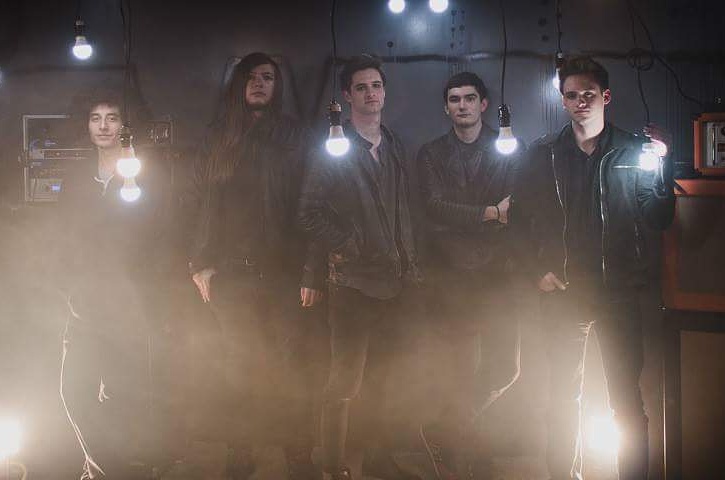 After the release of their debut album ‘Cyclic’, Her Name Echoes have made their name heard through awesome catchy tracks and great riffs. So after the success of one great album, what’s next? We got the chance to talk to Joseph and Billy from Her Name Echoes about Cyclic, their favourite artists right now and Joseph’s My Chemical Romance obsession!

Welcome to Euphoria of Breakdown! Could you please introduce yourself to our readers, your role in the band and favourite artist right now?

Joseph: Thank you for having us! My name is Joseph Demirjian and I sing for Her Name Echoes. My favorite artist is and always will be My Chemical Romance, but more recently I have been jamming a band called DED (also from AZ), the new Papa Roach album, and Chon!
Billy Shank: Hey y’all! My name is Billy Shank and I play guitar in Her Name Echoes. Right now I’ve been listening to a lot of instrumental rock, my favorites being Cloudkicker, Plini, Lost in the Riots and Sithu Aye.

Your debut album came out back in 2016, what made you want to create an album over an EP?

Joseph: For me, I had a lot of creative energy and I felt that ‘Cyclic’ was something that was burning inside me for a long time. I wanted to share an album that told a story in the form of a dark rock opera. I think it was natural for me that it ended up being an 8 song release.
Billy Shank: Our band is such a great group of guys that are interested in tons of different types of music, so bringing all of our own influences and backgrounds into the music allowed us to make a full-length record.

What was the idea behind the album title and the artwork for ‘Cyclic’?

Joseph: It is something different for everyone. But I think it just represents how we as people can wrap ourselves into vicious cycles of thought that can hurt ourselves and others. The female on the front cover is a character behind the concept, but I think it’s cool to have it somewhat left for others to interpret themselves

All the songs on the album have different ideas and meanings, can you tell us the story behind some of your favourite tracks?

Joseph: I think the great thing is that music can have different meanings to anyone. For me, all of these songs are intertwined but tell a different piece of an entire story whether it be through the music, the melody, or the lyrics. My favorite track has to be Flatline, which was heavily inspired by the movie Shutter Island and Leonardo
DiCaprio’s character in that movie.
Billy: I feel that each song can be interpreted by the listener in their own way by making their own story along with each song or relating it back to something in their own lives. I’ll always be most connected to Stockholm Syndrome as I had a large part in creating it lyrically and instrumentally. Truth be told, I drew from my inner high-school pop-punker and wrote this song about a girl that broke my heart.

You have released a video for your track ‘Flatline’ in March, what was the inspiration behind the music video?

Joseph: The music video process all happened so fast! I had a meeting with Jacob Reynolds, who filmed and directed the video. We naturally wanted the video to be epic, theatrical, and dark. When we talked we both love the idea of hanging lights from the ceiling for the live shots. That was kind of inspired by a Papa Roach music video where they featured hanging oriental style lanterns. Additionally, when I told Jacob that I used to do theatre and was comfortable with acting, we began bouncing ideas about torture scenes. Everything else fell into place from there and I am very happy with how it turned out.
Billy: I’m pretty sure we all just wanted it to be really spooky, and also to beat up Joe for being the pretty one.

You’ve had the chance to perform with the likes of Starset and The Word Alive in the past, what has been one of the best shows you’ve played and why?

Joseph: Every chance to perform is fun for me. If I had to choose, the show with Starset had to be my favorite so far. I am personally a big fan of their music and it was a big honor to open for them and for Gemini Syndrome. I think we were very well received since our music is both aggressive and radio-friendly like these artists. We had a great time and it was fun to rock out after our set! The concert with The World Alive was also a good time since it was a two-day performance. We played on the second day. I got to hang out with tons of friends that also performed and others who came out. Plus it was great meeting some cool new people.
Billy Shank: Honestly, I’ve loved playing every single show so far, there’s really nothing that can match that adrenaline rush of getting up on stage and making people happy with your music. The Starset show was great; the audience that night was super interactive and digging our stuff! I also had a blast at our Holiday show with Lethal Injektion, mainly because I got to wear a Santa hat while thrashing on stage.

Is there anyone you would like to tour with in the future?

Joseph: I would be very happy to do a little run with anyone we have played with before or any friends in other bands we have gotten to know. That would be a lot of fun!
Billy: I’d love to tour with any of the bands we’ve played with here in Arizona. We’ve always had a great time with them and I think it’d be an incredible experience to travel together with friends playing awesome music.

If you had to do a cover of any album by any band, what would you choose?

Joseph: Three Cheers for Sweet Revenge by My Chemical Romance! If any bar or venue promoters are reading this, I would be more than happy to do a My Chemical Romance cover set. I would go all out with the MCR makeup and everything!
Billy: Enema of the State by blink-182. The energy and charm of that record is incredible; I’m also a huge blink fan.

What do you guys have planned for Her Name Echoes in the future? Will you be performing any headline shows or releasing new music?

Joseph: Music for sure! Shows for sure! Whatever we can do. Billy and I will be starting medical school in July (music is not our full time gig), so shows will happen when it is possible for us to do so. But music is also in the works and is a great creative outlet and study break for me. So just be patient and keep an eye out! My schooling is always my first priority, but I always need to have a creative outlet to keep my mind fresh.
Billy: Although Joe and I are getting ready to start med school soon, music will always be a huge part of our lives. We’ve already been working on some killer new music we can’t wait to share! We very much intend to continue playing shows whenever possible, there’s no way I’m giving that up! Stay tuned on all our social

One final thing, if you could describe your band to fans using only lyrics from your songs, what would you say? 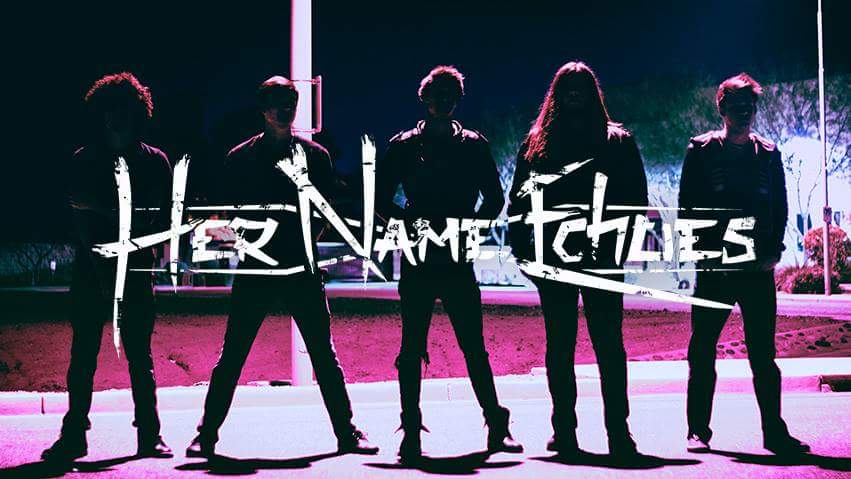