House of Hatchets are a alternative metal band based in Edinburgh, UK. After their release of EP ‘The Grind’ back in May 2017, the band have already found some popularity after being featured on one of Macho Grande Podcast’s alongside heavy metal band ‘While She Sleeps’.

Opening track ‘Too Real’ begins with a long intro that slowly builds up with a great riff and thunderous drums to create the impacting opening of the track. At first the vocals are a little hard to hear against the instrumentals, but the vocals do become more apparent within the chorus and beyond.The track itself at first seems similar to music from bands such as Slipknot but quickly changes into something a little different. Leading on to lead single ‘Sleep’, the track already appears less heavy than the previous track ‘Too Real’. The vocals of the track are a lot more clear and there are also elements of group vocals in the background offering a different twist to the EP The song helps to show from the early songs of the album that diversity in the tracks is apparent and it works well for House Of Hatchets.

Middle track ‘Never Broken’ once again brings back the heavier vibe with varying vocal techniques that combine the previous two tracks into something fresh that still keeps the tone of the album together. However, sometimes the change in vocals could be tweaked slightly as it isn’t always as smooth as it could be. The track itself though does still run smoothly and even has an awesome breakdown within before the final chorus of the track. A good headbanger track.

‘The Rain That Ruins Us’, similarly to the other tracks, has great thundering drum patterns and a huge guitar riff that dominates the track with the vocals fitting nicely alongside. The track doesn’t show any fighting between the vocals and the instrumentals meaning it flows smoothly throughout. The track shows a protruding dark anger through the growling of vocalist Chris Allison until the track is pulled back by the lighter vocals of the chorus. This helps add a varying pace to the track which can also be said for closing track ‘Cut Them Down’. For a closing track, ‘Cut Them Down’ certainly stands out on this EP. With a slower fade-in intro suddenly bursting into energy and sound brings something unexpected from the start. Once again, this track uses a variety of vocal techniques that almost create something similar to a conflicting conversation. This track, like a few others, uses a fade out ending which may not always be the best choice. It works well for the song, however, it may not be best for this track. Nevertheless, the ending of this track is strong with a great melody and collaborative group vocals.

‘The Grind’ shows a good range of diversity for the band overall by incorporating many conventions of different genres to bring their own sound to what they describe ‘alternative metal’. While sometimes the vocals seem overshadowed by the instrumentals, or the fade out techniques aren’t always the best option, the songs are still enjoyable to listen to and work well for the EP. A strong debut from a band on the verge of breaking through.

Recommended songs: ‘Cut Them Down’, ‘Sleep’ 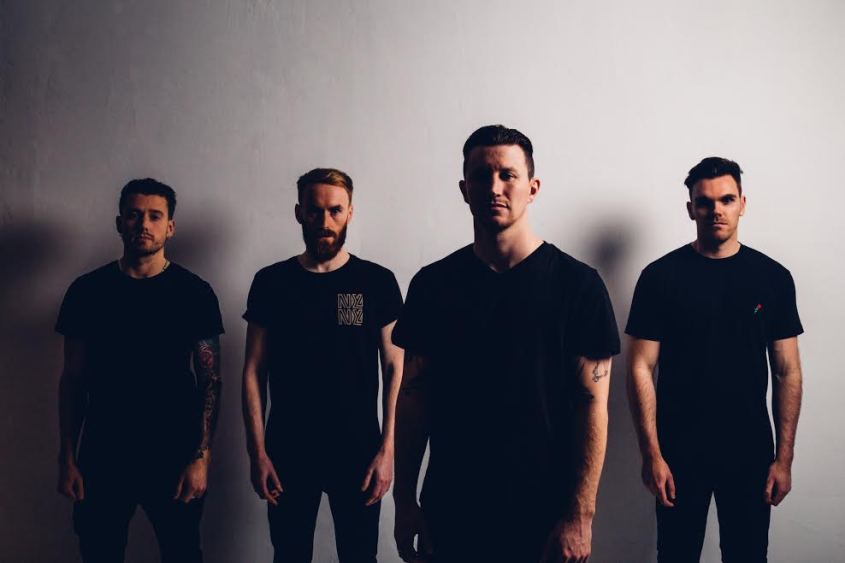