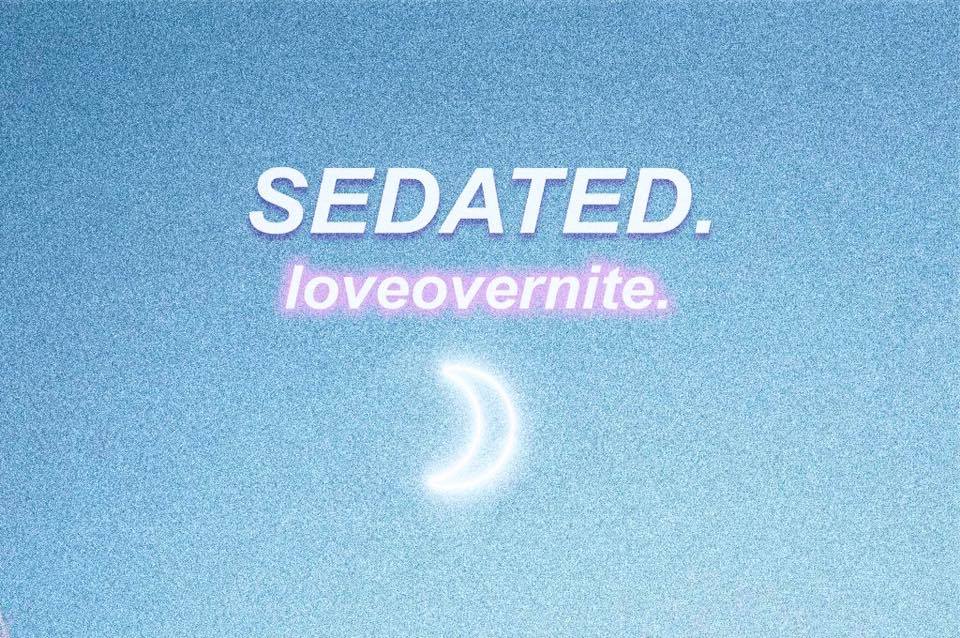 Loveovernite is a solo project started by Kai Salmon back in 2010. We got the chance to talk with him about how Loveovernite started, his inspirations and upcoming music!

So, you’re currently a solo singer/songwriter, what inspired you to start loveovernite?

I started loveovernite back in 2010, it was just something I did in my bedroom simply because I enjoyed it and it was a way for me to deal with things at the time. I had a Myspace page and also posted songs to a site called Purevolume. Not very often until about 2012, when people started finding it on their own and supporting it. I never willingly showed or told anyone about the songs until 2013 when I started a YouTube channel and made social media accounts. I’ve gotten nothing but love on the internet ever since and it’s why I’ve continued doing it and have the confidence to keep releasing new material.

Your most recent track ‘Sedated’ shows really strong emotion, what inspired you to write the track?

Most people don’t really know this but 2016 was a really slow and rough year for me. Just trying to find myself not only with music but as a person and sedated was really based on a bunch of different things. Each verse or section of the song is basically dedicated to a certain period of time or a certain situation I had to deal with mainly within the early stages of the year. There are parts that sound as if it’s a generic breakup song but there are underlying meanings to the words that I like leaving the listener to interpret how they wish.

You have recently decided to rebrand yourself, what has inspired this change?

There wasn’t really too much thought that went into the whole ‘rebranding’ of loveovernite. It was all really set on the fact that I wasn’t really happy with everything I had been putting forward as an artist. Visually and musically. So I thought it was just time for some big changes. I decided to wipe a lot of old music from all online sites and completely re-shape the image of loveovernite as a whole and that’s basically where I’m at currently. Ready to set the new loveovernite in motion.

You have some new music coming out soon can you give us some information about when it will be released?

I actually have 3 separate projects planned for the summertime. All 3 projects are well in the works and the majority of the new material are in the finishing stages. As for release dates, new music will definitely be out in June and much more will follow in July/August. There’s still a lot to be determined in terms of other aspects of the releases besides theactual songs themselves, so once that all gets figured out you’ll start to see new things rolling out as time goes. I don’t want to promise too much yet, but new material will be available very very soon.

What do you think your main inspirations are for your new material?

My older material was very much simplistic and generic emo songs stripped into acoustic form. For the new material, I’ve been focusing a lot on just capturing a more mature sound. Taking influences from bands like Citizen, Movements, Boston Manor and the more dark aggressive sides of the emo genre. Still planning to play on a stripped down sound but with some more energy and aggression behind everything. I think prior supporters will still be able to love the new stuff and grow with me and I think it’ll be something that more people can latch onto.

Which song is the most personal to you and why?

In terms of songs that have been released, sedated has definitely been the most personal to me. As I said, there was a lot of emotion from many different situations that went into that song so it holds a lot of meaning to me. It was also super therapeutic for me towards the ending of 2016 and also when I began to find a sound I could settle in. In terms of new material,there is a new song called “I’d Tell You i Love, But I’m No Good With Words.” that is also super personal to me. It’s about someone that’s meant a lot to me for about a year and the things I wish I could say to them. That song will be out later in the summer, I’m super happy with it.

Do you have any plans of touring soon?

I have lots of plans to tour within the next year. I’ll be doing a few more short runs across Canada for the rest of the summer and then taking off in the late fall for some shows on the east coast/midwest of the states. Touring is probably one of my favourite parts of getting to do this. The more I get to tour is the happier I’ll be, so whenever I get the opportunity to do so, I gladly take it. There’s not too much planned right now. Being an independent artist and self booking shows can be tough, but I have full intents on doing as much touring as possible within the next 12 months. Hopefully I’ll get to play for everyone that wants to see me within that time.

What is one thing you want to get across through Loveovernite?

Music for me, has always been a way to cope or an escape. Whenever I find a song that hits the nail on what I’m feeling, it’s a really special connection. It can help me get through almost anything and I love that about music. My goal with loveovernite is to just create something honest and realistic that people across the world can connect with and take something from. Although the songs or lyrics may not always be the happiest things, they’re always very honest and real and there can always be something positive to take away from them if that’s what you seek. So I just hope to help and connect with as many people as possible with my music for the rest of my life. If I can do that then I’ll be fully content with it.