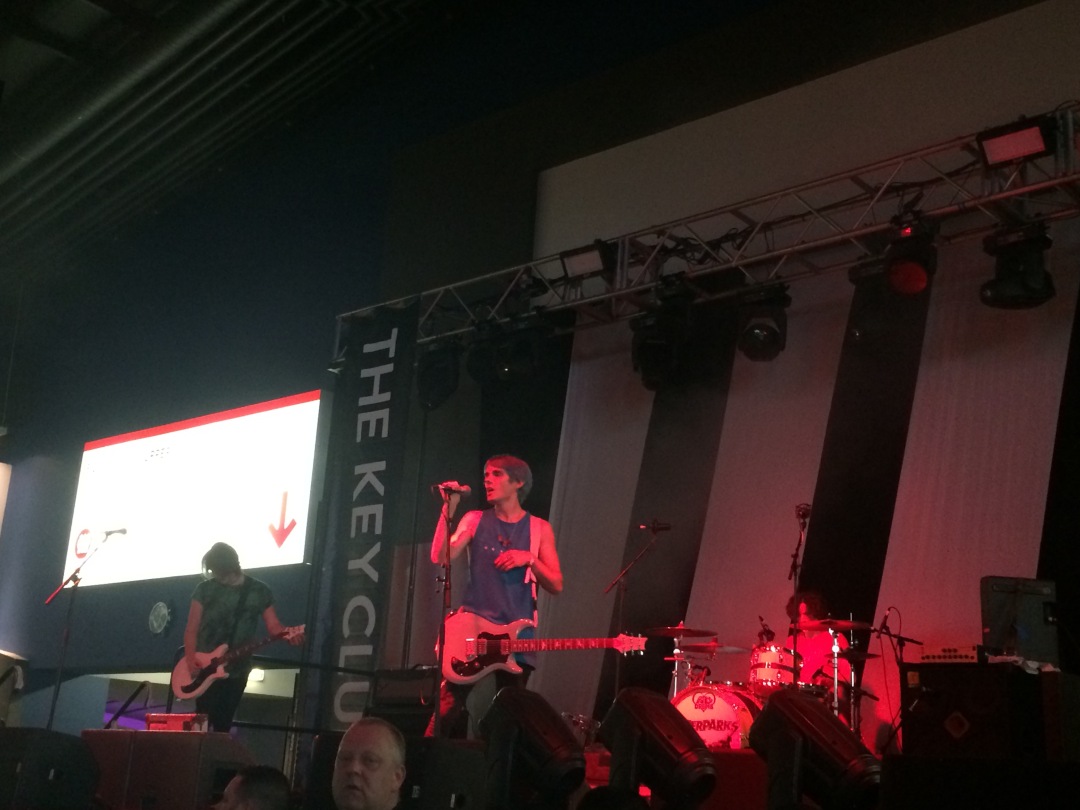 After making their UK debut this time last year on the Slam Dunk Breakout Stage, Waterparks have returned playing to a huge plethora of fans from all across the crowd.

Opening the show with their track ‘Mad All The Time’ from their 2016 EP ‘Cluster’ had the entire audience moving from left to right and waving their arms during the bridge. The setlist was mainly made up of tracks from their debut album ‘Double Dare’ including singles ‘Hawaii (Stay Awake)’ and fan favourite ‘Stupid For You’. In this set we also saw Waterparks’ first UK debut of their song ‘Gloom Boys’ before returning to an old favourite of their Cluster era track ‘No Capes’.

Throughout all these songs the band played well and on time, and made use of their stage despite only being a trio. They also certainly made themself known in their set, talking between songs with quirks such as ‘We’re Waterparks and you’re watching Disney Channel’ or commenting on someones poster that said Waterparks in their language. Throughout the set the audience showed their dedication, bringing signs and two people bringing a giant body pillow of lead guitarist Geoff. They even dedicated a song to the entire audience apart from one fan for making some sort of silly comment in the audience!

With such a high energy set will bring a high energy audience with people creating mosh pits, crowdsurfing and screaming lyrics back at the band