After making their Slam Dunk debut on the Breakout Stage last year, With Confidence have now moved up the ranks to play the Key Club stage, attracting a massive crowd.

Opening with their pop-punk anthem ‘Voldemort’ they instantly get the crowd moving and shouting out probably their best known lyrics ‘Despite the weather it gets better’. With the audience already giving full energy their performance could only go ‘Higher’!

While their set mainly featured their songs from their debut album ‘Better Weather’ they did go back to their second EP ‘Distance’ playing both ‘London Lights’ and their slower track ‘Godzilla’ giving back to some of the older fans. Ending on probably their three most well-known tracks ‘We’ll Be Okay’, ‘London Lights’ and ‘Keeper’, the energy was insane with mosh pits, a huge amount of crowdsurfers and an entire audience shouting back the lyrics to their favourite songs.

During their set, With Confidence made full use of their stage, using all the space and making contact with the audience during their songs. As for their communication with the audience, With Confidence made sure to have a good connection throughout the set talking to them about how their audience has grown, the insane levels of energy and how the arena echos when they speak (a big discovery for their guitarist Luke!)

However, even for a bigger band on a bigger stage, there is still room for the odd issue. During their set, With Confidence not only blew out one guitar, but two! Luckily they made light of the situation playing lovely ‘elevator’ music to keep the audience laughing and smiling. There was also the comedic moment when lead vocalist Jayden forgot setlist, telling the audience they were gonna ‘slow things down a bit’ only to end up playing the rather high energy track ‘Higher’.

With such a big increase in fans over the last year, it may be hard to move up to such a large performance, but With Confidence knew how to do it with style making contact with the audience both during and between songs. 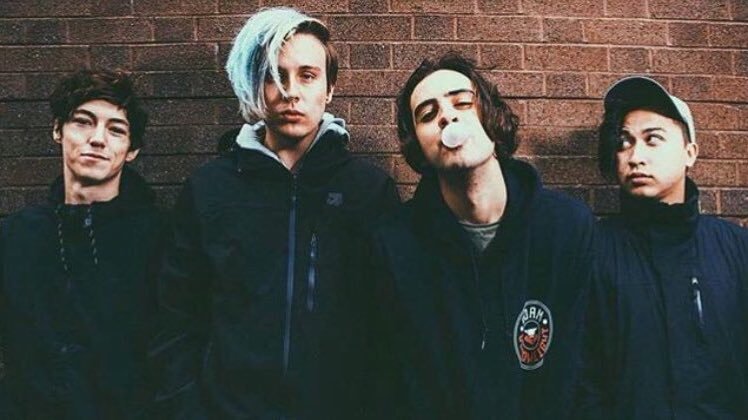