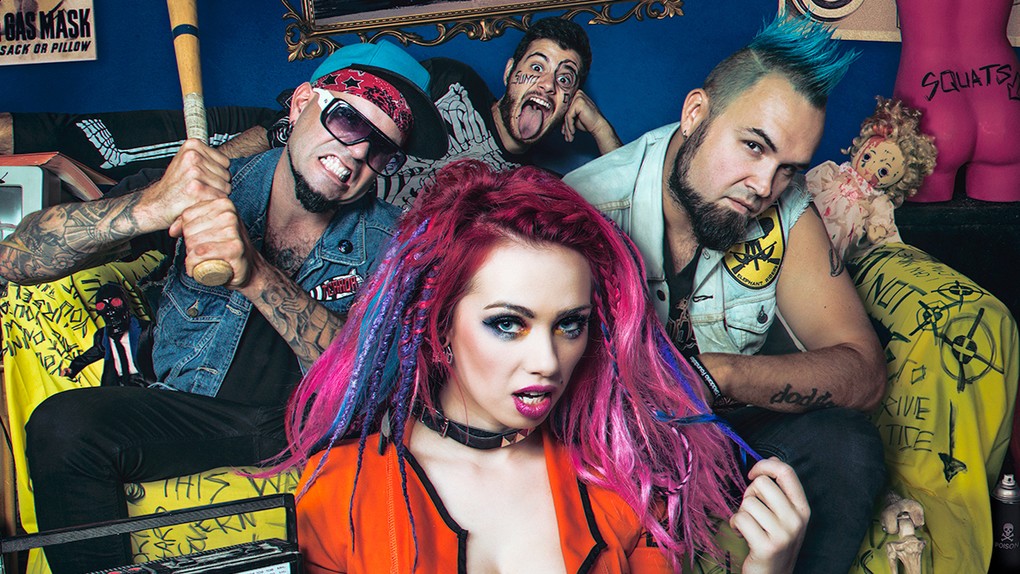 Lets admit something, we all love some punk rock from time to time right? If so then Sumo Cyco are a band to look out for.

Being a band from Hamilton Canada, they are yet to make waves in the UK, but after touring with alternative rockers Alien Ant Farm and releasing their second album a month ago they are certainly on the way to ‘Move Mountains’.

Sumo Cyco mix both punk/metal and alternative styles of music creating and awesome mix of moshing tracks for you to party along to. But if these different tracks aren’t quite enough for you, Sumo Cyco have also got a few covers up their sleeve including: Macklemore’s ‘Can’t Hold Us’ and Red Hot Chilli Peppers classic ‘Give It Away”.

Sumo Cyco also portray their music in a way different to most. For their debut album ‘Lost In Cyco City’, they created a whole universe for ‘Cyco City’ by making continuous music videos for 8 of their songs (currently) and hopefully more.

After the release of their debut album ‘Lost In Cyco City’, Sumo Cyco started touring across Europe on their ‘No Mercy’ tour bringing them more  international followers from around the world. Along with the release of their second album ‘Opus Mar’, they just toured the UK, but not to worry, there’s still time to check tem out for when they next come around!

Check them out at: