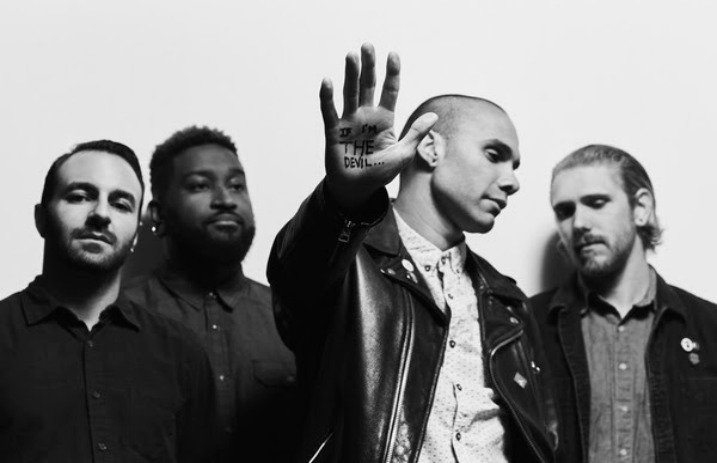 Just a year after their fourth album ‘If I’m The Devil…’, Post-Hardcore band Letlive have announced that they are breaking up after 15 years of being a band.

The band posted an emotional statement to Facebook yesterday stating that the idea that ‘You are and will always be Letlive’ and that the idea will continue forever through the fans. Read the full statement  below.

‘In the summer of 2002 this thing we call “letlive.” began in a garage in a small suburb of Los Angeles with one goal in mind. Above all else, letlive. was meant to be an idea not an outfit. This idea took its roots in honesty, humility, and finding an ironic strength in vulnerability. This is how it all began and it must end in the same fashion.

We have been granted opportunities and experiences beyond anything we could have ever imagined and we are well aware that none of the aforementioned would be possible without you. Your support, investments, and genuine belief have been nothing short of inspiring which is what allowed us to create these works while enduring the unsettling ebb and flow of career musicianship. With this in mind we would like to take this time to exhibit said transparency and explain that over time a divergence in views and aims has developed within the camp- and, for the moment, the impact that has on letlive. as a group is that there will be no further activity for the foreseeable future. We want to thank every single person that we were privileged enough to make a connection with through this vessel. We will no longer write the soundtrack, but the most important element, the idea, will continue as long as you allow it to. You are and always will be letlive.’

Letlive released their first album ‘Speak Like You Talk’ back in 2005 before the release of ‘Fake History’ 5 years later. 3rd studio album ‘The Blackest Beautiful’ was then released in 2013 before their final album ‘If I’m The Devil’ was released.