Over 90 bands and the stage splits have now been announced for Reading and Leeds festival.

Joining previously announced main stage hits Muse, Against The Current and Bastille, will be bands such as American synth-rock band Pvris and alt-rock Japanese band One OK Rock. Also being added to the line-up include the likes of The Hunna, Arcane Roots, VANT, Breaking Benjamin, Muncie Girls as well as many others.

The annual festival is set over three days (25th-27th August) in both Reading and Leeds with different acts playing on different days.

Check out the full stage splits and lineup below 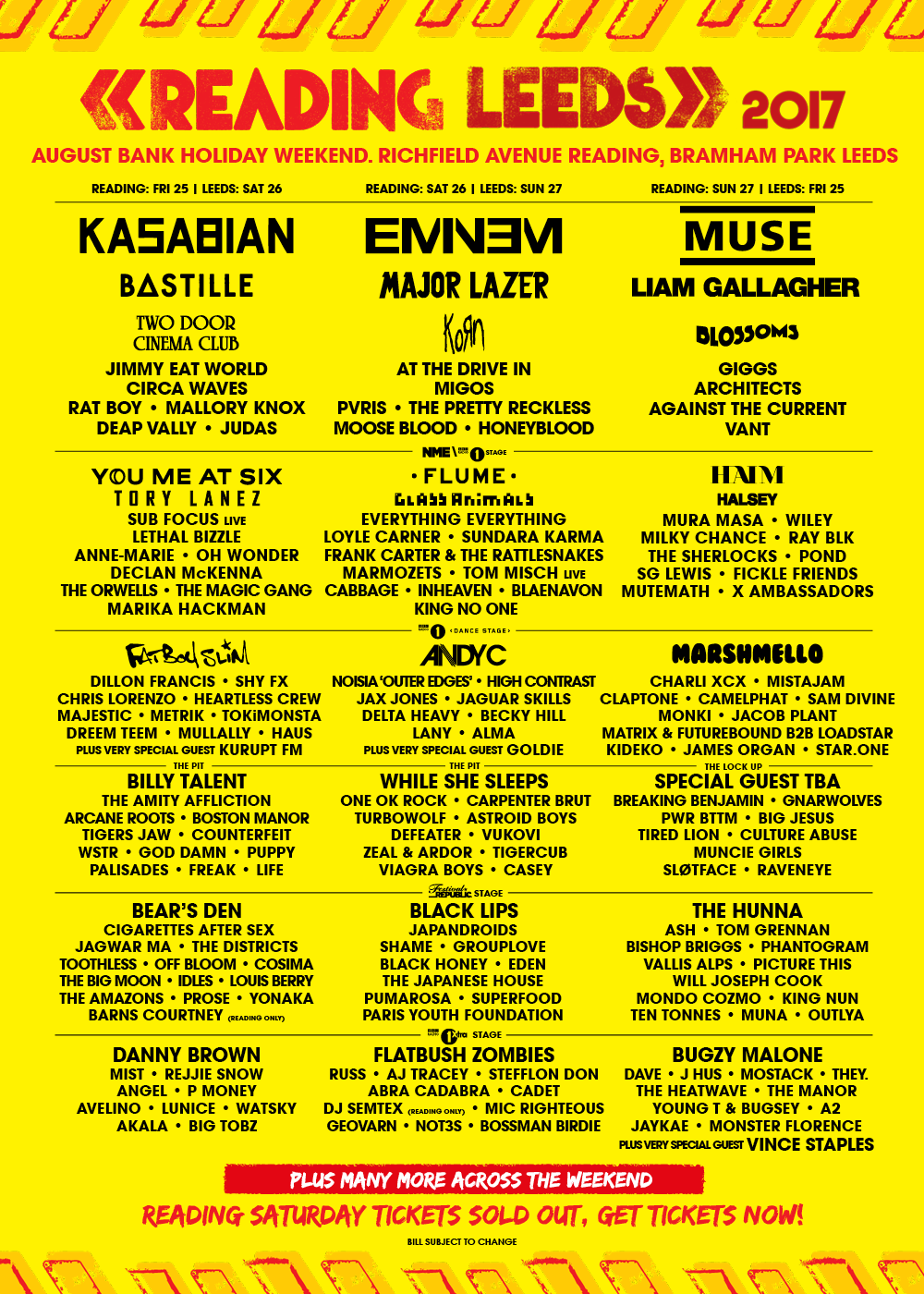