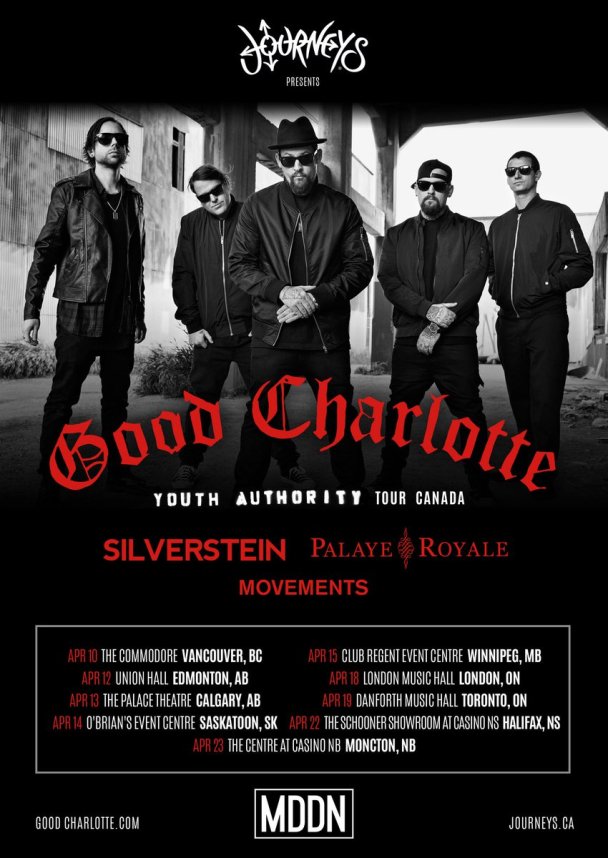 After being signed to Equal Vision Records and working with/being friends the Madden brothers, Waterparks are obviously going to tour with them. After touring the UK, Waterparks have announced that due to unforseen circumstances, they have had to step down as supports for Good Charlotte in Canada this April.

After constant touring from their US headline tour and touring with All Time Low in the UK this March, it is only fair that they take a break from touring to recover. Not to worry though, as Waterparks’ slot has been filled by Canadian art-rock band Palaye Royale for the tour alongside original supports Silverstein and Movements. Be sure to catch them on tour this year or for those of you in the depths of the UK, make sure to catch them at Download Festival Friday 9th June!