After supporting Lower Than Atlantis on their headline tour this month, Young Guns have now announced a headline tour in September 2017. After the success of fourth album ‘Echoes’, Young Guns have alternated between touring in both America and the UK and now  Young Guns are now set to embark on their first headline tour of 2017. Lead singer Gustav Wood has hinted at the tour having ‘An awesome theme we’re not quite ready to announce yet’. If that doesn’t get you excited for the tour, what will!

Can’t wait till September? Young Guns are also set to play ‘2000 Trees Festival’ this July alongside ‘Nothing But Thieves’, ‘Lower Than Atlantis’ and more.

Tickets on sale Wednesday 22nd March at 9am. 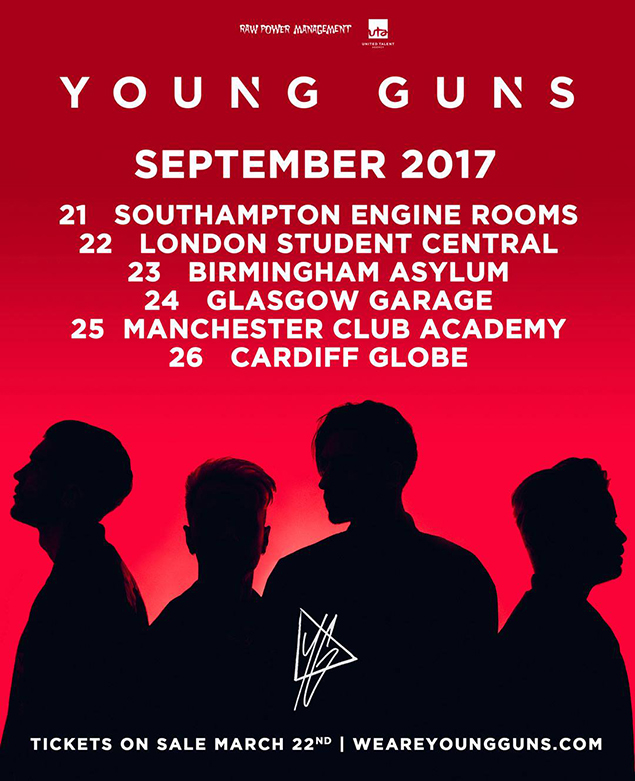